Spacer oil paintings started with Minus One. I was stuck in Munich Airport when the volcano in Iceland stopped all the flights. I snapped a pic of an astronaut suit hanging in the roof and thought about painting it. A month or so later I had  finished I called it last man back but I didn’t like it as a title. My address was Minus one and I figured it seemed have the same meaning about isolation and choice and i liked the way it fitted. Spacemen were very different to my normal work but I was happy the challenge to see what would happen and where it would go. For the oils the names where as important as the image but when translating it to street art it became about the hands and the reflections and with stencil paintings narratives worked using props and actions. 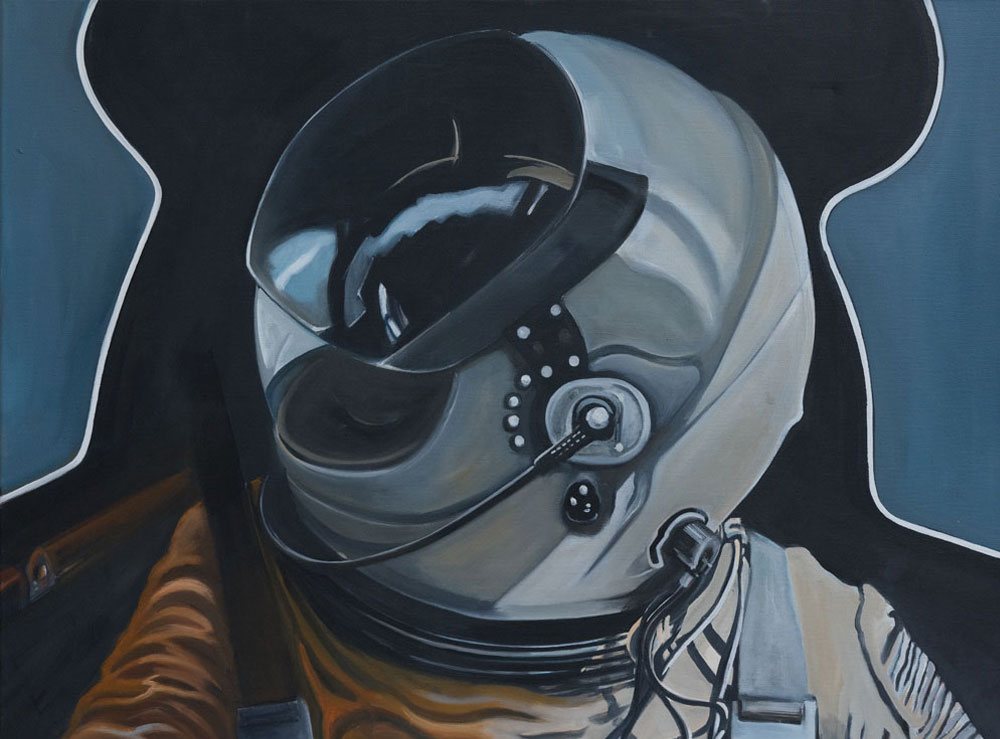 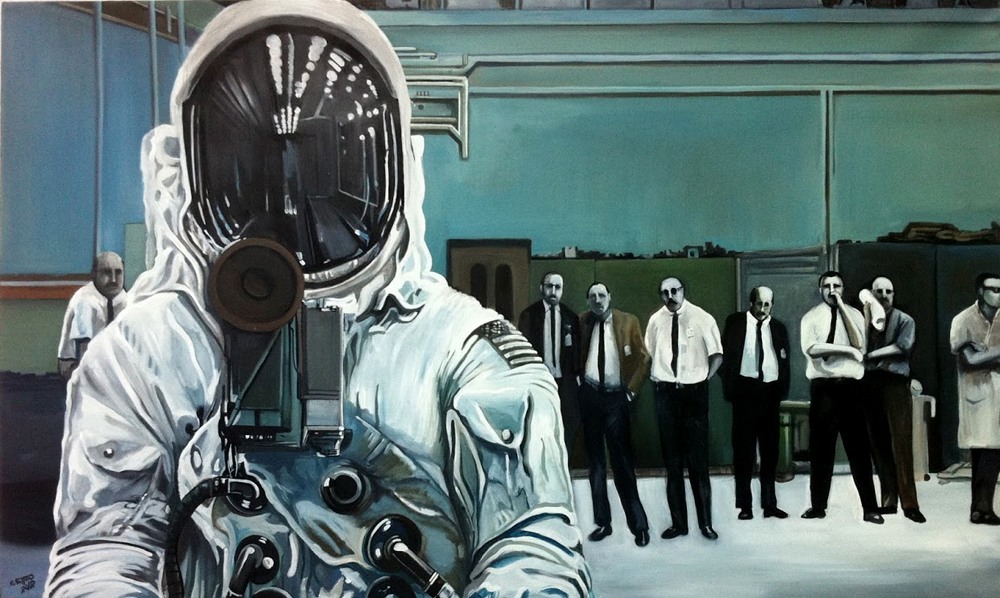 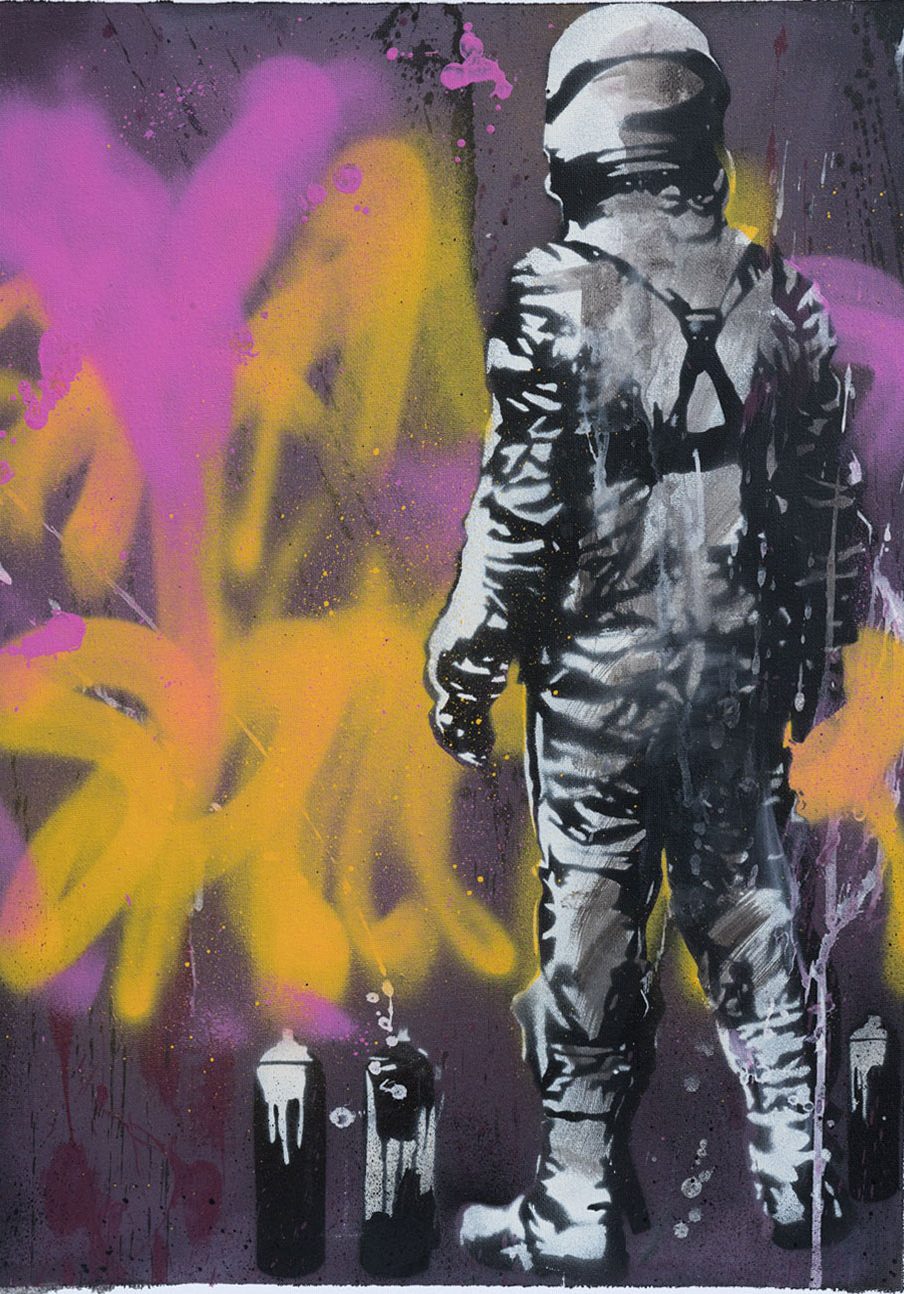 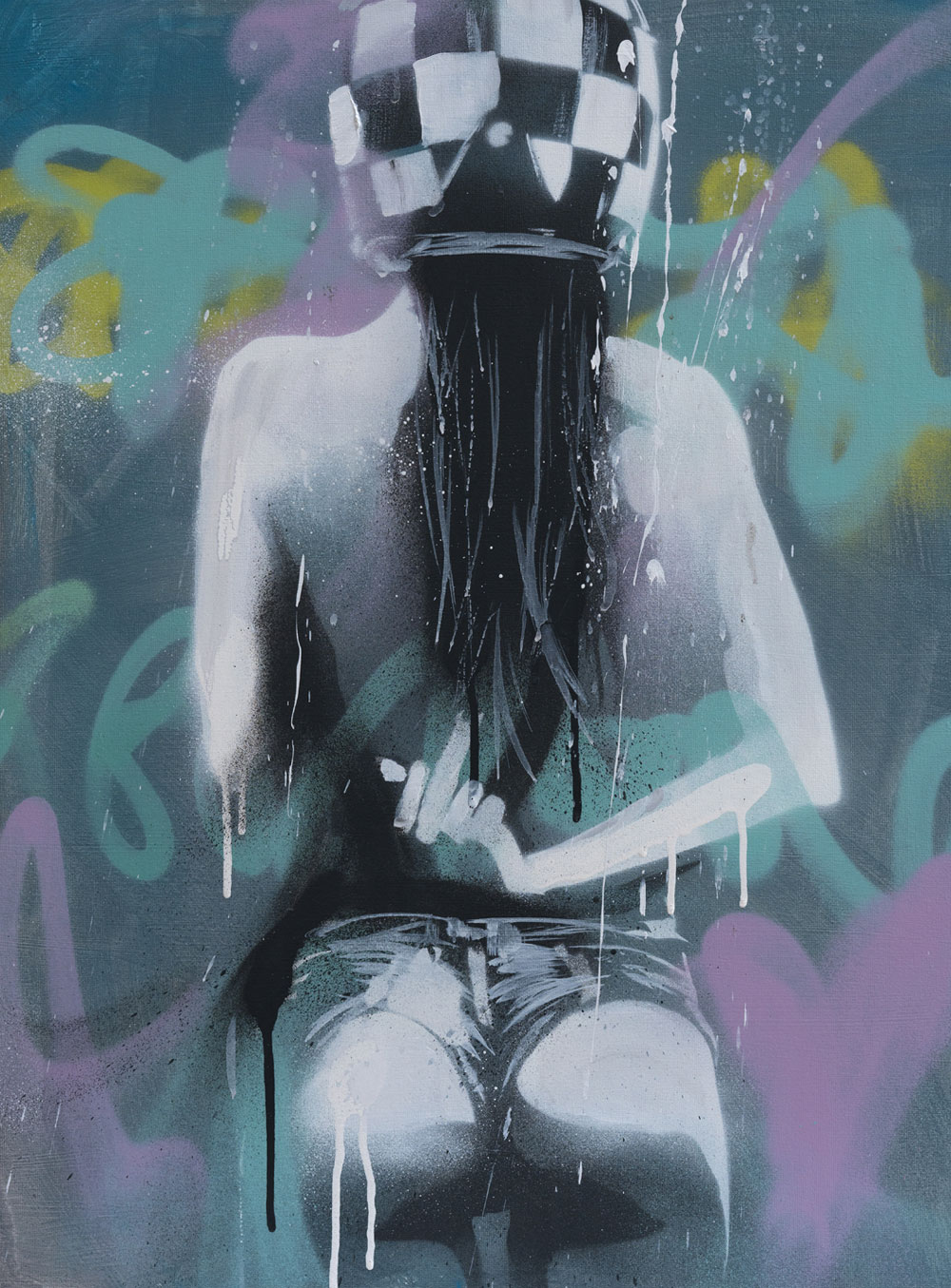 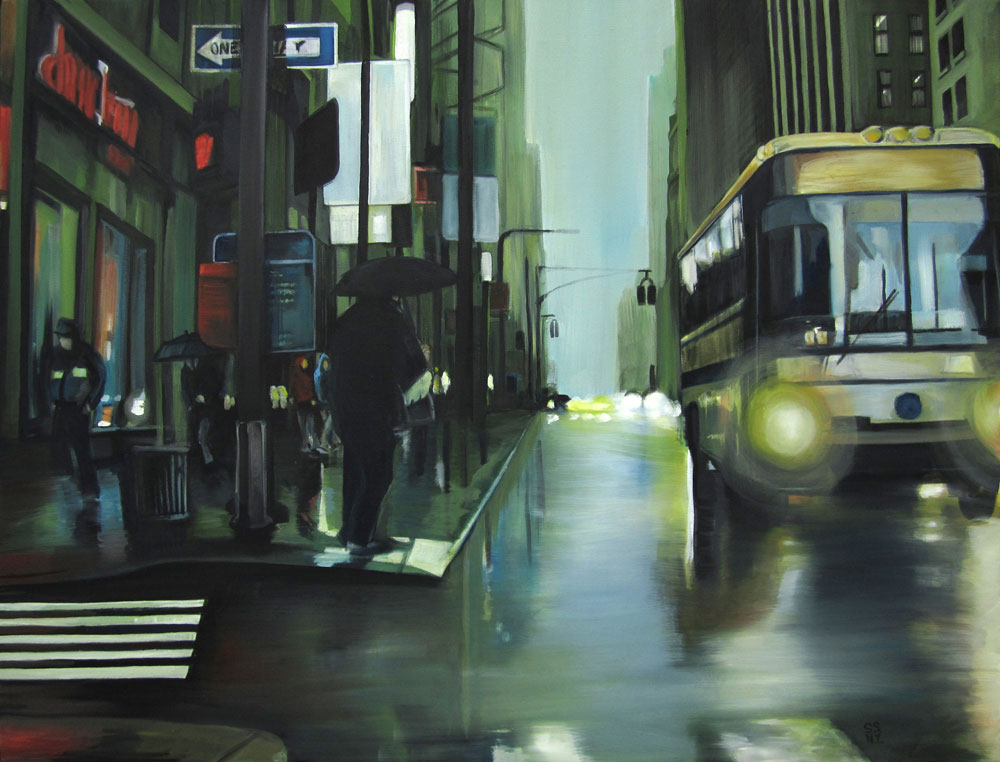